Blood of the Poet

"The Blood of a Poet (French: Le sang d'un poète) (1930) is an avant-garde film directed by Jean Cocteau, financed by Charles de Noailles and starring Enrique Riveros, a Chilean actor who had a successful career in European films. Photographer Lee Miller made her only film appearance in this movie, which features an appearance by the famed aerialist Barbette.[1] It is the first part of the Orphic Trilogy, which is continued in Orphée (1950) and concludes with Testament of Orpheus (1960)."  - Wikipedia 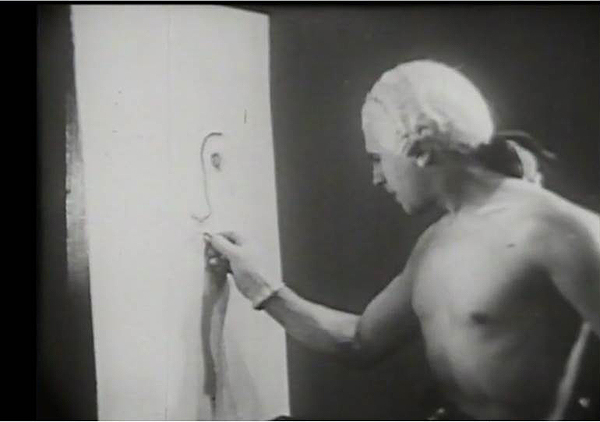