(at the beginning of the American Underground Films)

"Flaming Creatures is a 1963 American experimental film by filmmaker Jack Smith. Due to its graphic depiction of sexuality, the film was seized by the police at its premiere on April 29, 1963 at the Bleecker Street Cinema in New York City, and was officially determined to be obscene by a New York Criminal Court. The 43-minute featurette attracted media and public attention, and has been described as a "controversial featurette". This also made Jack Smith famous as a film director across North America. Smith himself described the film as "a comedy set in a haunted music studio."  - ubu.com     "  - Wikipedia 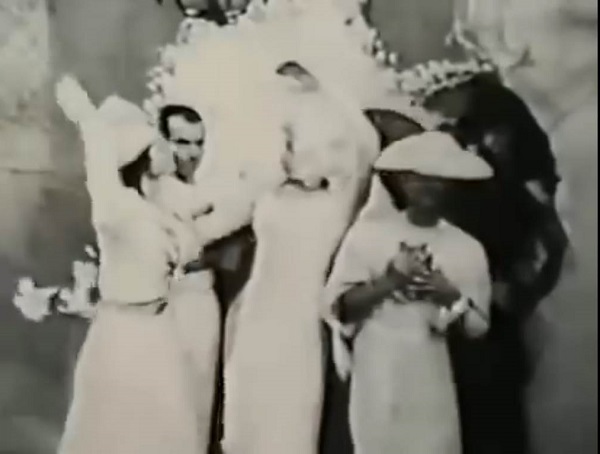 "Scorpio Rising is a 1963 experimental film by Kenneth Anger, author of the Hollywood Babylon books, starring Bruce Byron as the biker Scorpio. It features themes of leather-clad bikers, the occult, Jesus and Nazis. Its camp appropriation of popular culture included an innovative use of pop music, the erotic cult of James Dean, and Sunday comics. The film was initially shown on the underground film circuit. The film features no lines of dialogue, accompanied instead by music from popular 1950s and 1960s artists including Ricky Nelson, The Angels, The Crystals, Bobby Vinton, Elvis Presley, Ray Charles and Martha Reeves & the Vandellas. It is considered to be one of the first post-modern films and an influence to future directors such as Martin Scorsese and David Lynch.

The film was censored for indecency, and the case went to the Supreme Court, where it was decided in Anger's favor. Anger explained in an interview:

"When Scorpio Rising was -- we've forgotten, in a sense, that it was a groundbreaker, legally. Because there are only a few flashes of nudity, genitalia, whatever in the film, I mean, they're very, very short and, if you blink, you won't even see them. At any rate, when it was shown, at the Cinema -- it was called the Cinema on Western Avenue in Hollywood -- the premiere run, someone denounced it to the Hollywood vice squad and they raided the theater and took the print. And the case had to go to the California Supreme Court to be freed and then it became, like, a landmark case of redeeming social merit. That was the phrase that was used to justify that it wasn't pornography. And, indeed, there's nothing pornographic about it. Somebody had to break the ice and have that kind of case at that time to establish the freedom, because, before then, the police could seize anything they wanted to. What I was doing on the West Coast, Jack Smith was doing on the East Coast with Flaming Creatures. The two films happened at about the same time." - ubu.com 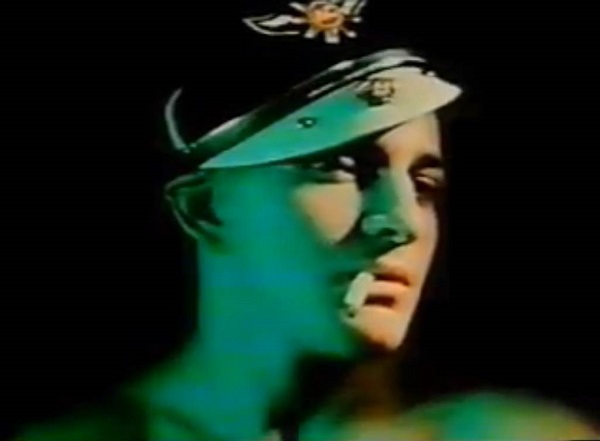 "Blonde Cobra is a 1963 short film directed by experimental filmmaker Ken Jacobs. Footage for the unique[1] and at the time controversial film was shot by Bob Flieshner.[2] Marc Siegel in the book 1001 Movies You Must See Before You Die states that the 33 minute film is "generally considered to be one of the masterpieces of the New York underground film scene, and that it is a "fascinating audio-visual testament to the tragicomic performance of the inimitable Jack Smith", who was a photographer and filmmaker and "queer muse" in New York avant-garde art in the 1960s and 1970s.[3]

The film captures Smith wearing dresses and makeup, playing with dolls, and smoking marijuana. Paul Arthur writes that the film contains "dizzying quasi-autobiographical rants" which spin on sadism, and that like Jacobs' Little Stabs At Happiness, it contains "languid improvisations studded with the bare bones of narrative incident or, more accurately, its collapse".[2] The film contains Smith droning and singing and wildly cooing and cackling in parts of the film. The "lonely little boy" episode about a little boy living in a large house with 10 rooms has been cited as being "potentially repugnant to many viewers" because of its exploration of sadism against children and childhood sexuality.[3][4] In this episode the narrator confesses to have "blown up the penis" of a 7-year-old boy with a match. The film contains numerous other elements which were shocking at the time of release such as references to necrophilia, the use of the word "cunt", the confession of a nun (impersonated in a posh high-pitched voice by Smith) to lesbianism, the holding of a giant would-be dildo, and a portrayal of tranvestites. The film features quotes such as "Why shave when I can't think of a reason for living" and "life is a sad business", quoting Greta Garbo. "Let's Call the Whole Thing Off" is then played, described as a "burlesque rendering" of Robert Siodmak's 1944 film Cobra Woman.[2] The last scene captures Smith stabbing a man in the chest. Hilary Radner and Moya Luckett consider the film to be a camp portrayal of Rose Hobart." - Wikipedia 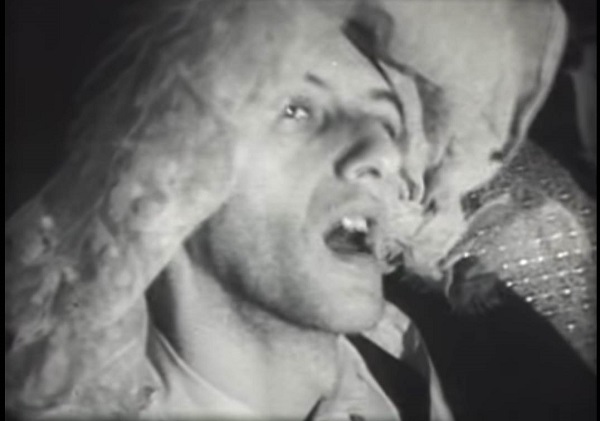