"Since the beginning of the 1970s, Rebecca Horn has been creating an oeuvre which constitutes an ever-growing flow of performances, films, sculptures, spatial installations, drawings and photographs. The essence of their imagery comes out of the tremendous precision of the physical and technical functionality she uses to stage her works each time within a particular space.

In the first performances, the body-extensions, she explores the equilibrium between body and space. In later works she replaces the human body with kinetic sculptures which take on their own life. Her new works define and cut through spaces with reflections of mirrors, light and music.

The objects used and specially made for her installations such as violins, suitcases, batons, ladders, pianos, feather fans, metronomes, small metal hammers, black water basins, spiral drawing machines and huge funnels together build the elements for kinetic sculptures that are liberated from their defined materiality and continuously transposed into ever-changing metaphors touching on mythical, historical, literary and spiritual imagery.

Her work is bound together by a consistency in logic; each new work appears to develop stringently from the preceding one. Elements may be readdressed, yet appear in totally different, divergent contexts.


Following the physical experience of her performances with body extensions, masks and feather objects of the 1970s came the first kinetic sculptures featured in her films such as The Feathered Prison Fan in Der EintŠnzer (1978), or The Peacock Machine in La Ferdinanda (1981).

In the 1980s and 1990s huge installations were created out of and dedicated to places charged with political and historical importance. With her kinetic sculptures, the artist releases and rediverts the weight of the past on these physical spaces: as for example in Concert in Reverse (1997) in MŸnster, where an old municipal tower turns out to be an execution site for the Third Reich: or in Vienna, with the Tower of the Nameless (1994), where she sets a monument to the refugees from Balkan states in the form of a tower with mechanically playing violins. In Weimar, Europe's city of culture 1999, the Concert for Buchenwald was composed on the premises of a former tram depot. The artist has layered 40 metre long walls of ashes behind glass, as archives of petrifaction. In Mirror of the Night (1998), at a derelict synagogue in Cologne, she uses the energy of writing, textured to counter historical amnesia.

To work with energy in this way can also mean to set the turbulence of passion as a magnetic flow into the space as we see in High Moon (1991) in New York or in El Rio de la Luna (1992) in Barcelona.

The circulatory systems of mercury pumps, atmospheric energies like sonorous structures or voiced lamentations, metamorphose in recent works into an incorporeity of space that is filled with newly generated energy: at an old monastery church on Majorca, in Moon Mirror (2003), the artist sets up an invisible yet tangible column of energy that spans the space between a rotating mirror on the floor and a vortex of light high up in the cupola.

With the outdoor installation Spiriti di Madreperla (2002), she transforms Italy's largest city square, the Piazza del Plebiscito in Naples, into a space encompassed by magnetic energy. Shimmering light rings of mother of pearl hover high above the square and exactly beneath these, set between the cobbled stones, cast-iron skulls (models of the so-called "capuzzelle" within the enormous city underground vaults) form the vertical energy within the square. Here the viewer walks through the installation and becomes part of this charged energy field in dialogue with the city.

The work Light Imprisoned in the Belly of the Whale (2002) is also part of this cycle of spatial and light installations. Out of wandering texts projected into a black basin of water, a golden staff writing in the water and the movement of the words around the space produce a myriad of new texts and images. Rebecca Horn opens up expanses of space, drawing her installations into dimensions that call for redefinition. These new works are accompanied by the vocal and instrumental compositions of Hayden Chisholm, pieces of music that combine gracefully with the installations in their subtlety, fragility and hint at the unspeakable.

What is unique and continuously new about the work of this artist is that each single installation is a step towards breaking down completely the boundaries of space and time, opening up crevices to a universe, the existence of which we can only sense.

Rebecca Horn's works have been shown in solo exhibitions at leading international institutions: at the Staatliche Kunsthalle Baden-Baden (1981), the M.O.C.A. Los Angeles (1990), the Guggenheim Museum New York (1993), the Nationalgalerie Berlin (1994), the Serpentine Gallery London (1994), the Tate Gallery London (1994), the Kestner Gesellschaft Hannover (1997) and at the CarrŽ d'Art, Nimes (2000). The most recent exhibition - Bodylandscapes - is devoted to her drawings. After stations in DŸsseldorf, Lisbon and London, the exhibition will be shown from September to December 2006 in the Martin-Gropius-Bau in Berlin.The artist has been distinguished on numerous occasions, counting among her awards the documenta Prize (1986), the Carnegie Prize for The Hydra Forest, Performing Oscar Wilde (1988), the Kaiserring from the city of Goslar (1992), and the Barnett and Annalee Newman Award (2004)." – ubu.com 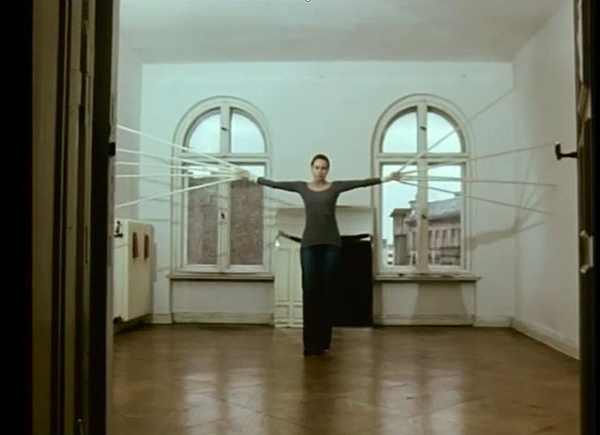 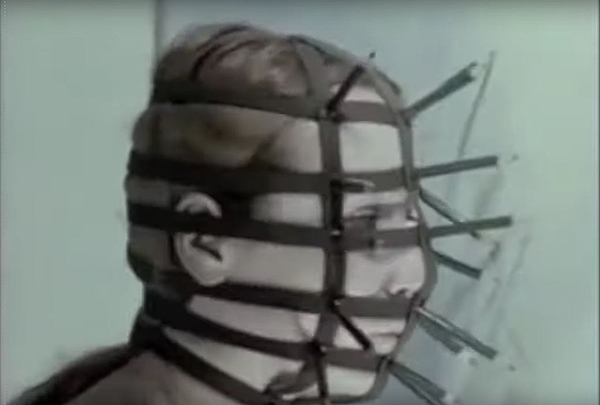 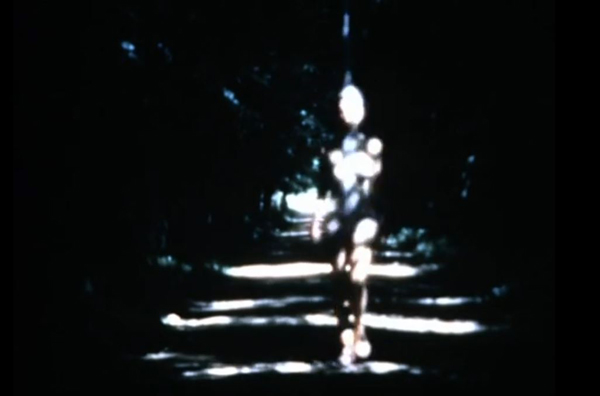