The "JOURNEY" from Detroit to Los Angeles!

Pictures from the reception by Picard Pick Art

“It's All The Rage”, Osman Khan solo exhibition

“It’s all the rage” is the title of our first solo exhibition with artist, Osman Khan and it deals with issues that center around Pakistani/Muslim identity... and the 'aesthetics' surrounding it.  Khan was born in Pakistan, raised in NYC and teaches at the School of Art & Design at the University of Michigan, where his teaching focuses on computational and kinetic mediums.

This exhibition really has two parts and starts with a box truck that has been redecorated in a Pakistani truck style that will drive from Michigan to Los Angeles. Khan referred to this first part of the exhibition poetically and metaphorically in a recent statement as,  “A truck crashes on the Ghaddha Trunk Road spilling its contents, bringing traffic to a hold and within this congested instance the dreams and aspirations, the fears and conflicts, the ideologies and identities of its post and hyphenated world are laid bare”.  The reference is made to the Grand Trunk Road (one of the major arteries of India and Pakistan running 1,600 miles and is 2,000 years old), however, Khan has made this the Ghaddha Trunk Road (translated to Donkey or Ass Trunk Road).

Khan describes the exhibition as “Between East and West seemingly lies… conflict or maybe more accurately the conflicted. The exhibition It's all the rage sits between reflection and action to address the concerns of newly emerging Muslim (and more specifically hyphenated Pakistani) identity and the political, cultural and aesthetic repercussions of this experience.

The title of the exhibition alludes to the overwrought and hostile sensationalism of the September 2012 Newsweek Muslim Rage cover story and rebrands its confrontational stance into the nuanced reality of the exhibition's double entendre pun; 200 plus years of colonialism, cold war manipulations, political double standards, IMF strong-arming, drone strikes, media misrepresentations on the one hand have led to systemic suspicion and anger at western interference, fermenting internalized desires for the Muslim world to enter the modern world in its own terms, it's our party and you are not invited! Internally the party is a rager! Mullahs and MCs, Islamist and secularist, police and polis, mosque and disco and everyone in-between all vie with blood or ballot, the right to define a people.

The Exhibition itself unfolds in multiple parts. Via truck, transport and installation, each in their own manner addressing the ambiguities of this condition, externalized conflict vs. internalized uncertainty, fabricated realities vs. constructed mythologies, East vs. West, Aesthetics with politics, all vying for a renegotiation of this fractured identity.

The installation at Another Year in LA, grounded in current Muslim and Pakistani identity politics vis-a-vis the world (and the artist), literally finds the spatial condition of the gallery divided into two: the aggrieved external and the ambiguous internal. The overarching stance of the works presented blurs aesthetic gestures within the contexts of current political repercussions. Where the benign gesture of drawn lines reverberate the traumas of colonial partitions.  Where minimalist structures give sway to political overlay. Where jokes and terror intermingle. Where want of polemics give way to hazy poetics. The works presented reflect on the afflictions, ambiguity and aspirations currently at play, embracing uncertainty and providing no resolution. It is the current condition. It's what is going on. It's all the rage…”

Thanks to the great documentarian, Marlene Picard, we are sharing her photos from the opening reception and of the exhibition.  Be sure to LIKE her on FaceBook by clicking here: 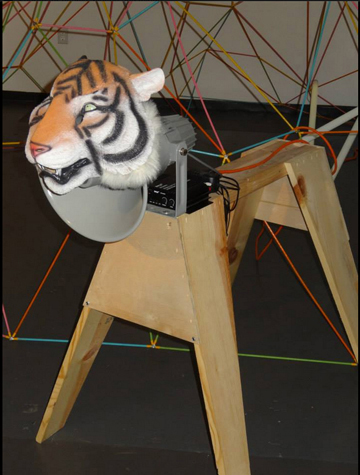 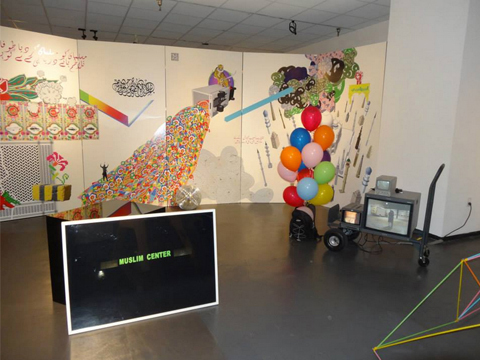 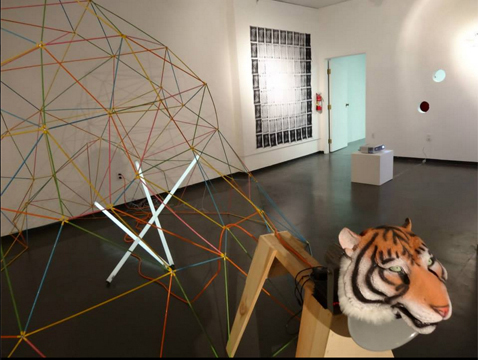 FROM THE EXHIBITION RECEPTION

Thanks to the great documentarian, Marlene Picard (shown below with Osman Khan), we are sharing her photos from the opening reception and of the exhibition.  Be sure to LIKE her on FaceBook by clcking here: 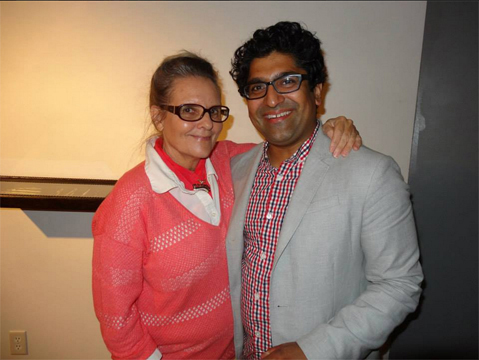 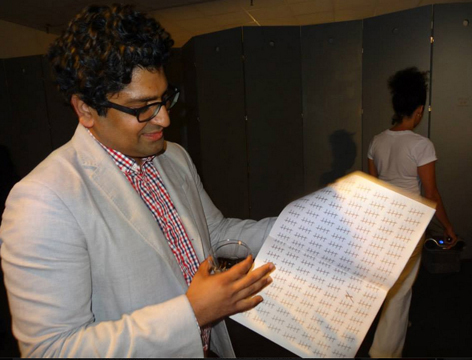 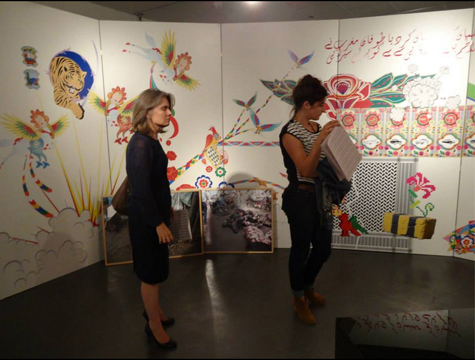 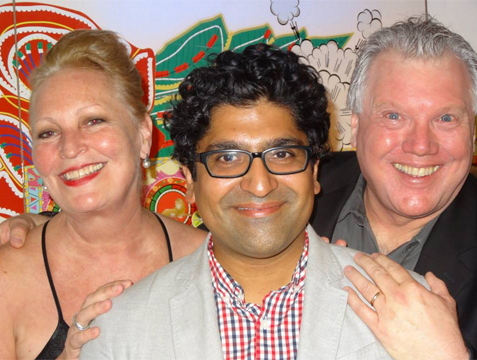 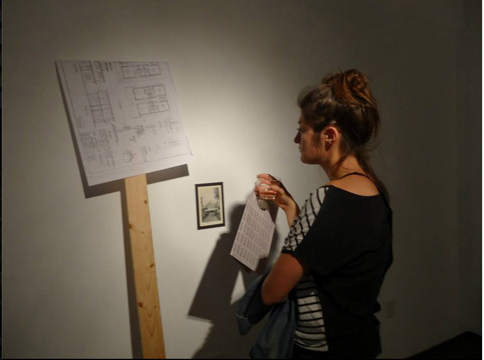 return to top of page