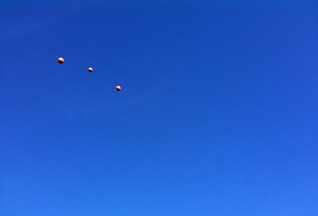 I am a lifelong resident of the Northeast, and Eastern
Standard Time presents an East Coast vision of “West Coast” art.  I
chose the title as a counterpoint to the Pacific Standard Time
exhibitions opening in Los Angeles this fall.  The two titles suggest
the physical and temporal disjunction between America’s two coasts
(one my home, the other home to this exhibition).  This idea of
dislocation in space and time is central to my work, which is made
“after” other artists.


For this exhibition, I have recreated works by California artists or
that otherwise look Westward.  The pieces were inspired by artists
like John Baldessari, Ed Ruscha, and Richard Prince, who renounced the
supremacy of the artist’s “hand” in favor of a deskilled approach to
making art.  However, as one of Baldessari’s text paintings states,
“An artist is not merely the slavish announcer of a series of facts.”
No matter how deadpan this art might appear, the creators’ personas
(the original artists’ and mine) are deeply embedded within it.


I am interested in the relationship between the
“original” and the “copy” and associated questions authorship and
value. When I re-photograph a Marlboro advertisement, am I
appropriating from Phillip Morris or from Richard Prince?  Do my
attempts to throw three balls into the air in a straight line have
less artistic merit than John Baldessari’s?

My recreations are faithful to the originals in many ways.  But, like
a sentence that becomes garbled through repetition in the game
“telephone”, they are not perfect copies.  When remade, the artworks
are transformed into pieces that are distinctly my own.  My works have
been called both homage and theft, but I believe they are as much an
expression of my interests and ideas (and my time and place) as they
were for the artists who made them the first time.  They are
simultaneously copies and original works of art.

Installation photos - click on an image to see a larger picture

photos of works from the exhibition